Francisco Jiménez emigrated with his family from Mexico to California and as a child worked alongside his parents in the fields of California. He received his BA from Santa Clara University and an MA and Ph.D. in Latin American literature from Columbia University. Jiménez’s auto- biographical books The Circuit (Cajas de cartón, Spanish edition), Breaking Through (Senderos fronterizos, Spanish edition), La Mariposa, The Christmas Gift/El regalo de Navidad and Reaching Out (Más allá de mí, Spanish edition) have won national literary awards, including the Américas Book Award, the Pura Belpré Honor Book Award, the Tomás Rivera Book Award, the Boston Globe-Horn Book Award and the Carter C. Woodson Book Award. His books have been published in Chinese, Korean, Japanese, Italian and Spanish, and his stories have been reprinted in over 100 textbooks and anthologies of literature.

He was selected the 2002 U.S. Professor of the Year by CASE and Carnegie Foundation for the Advancement of Teaching. He is currently the Fay Boyle Professor in the Department of Modern Languages and Literatures at Santa Clara University. 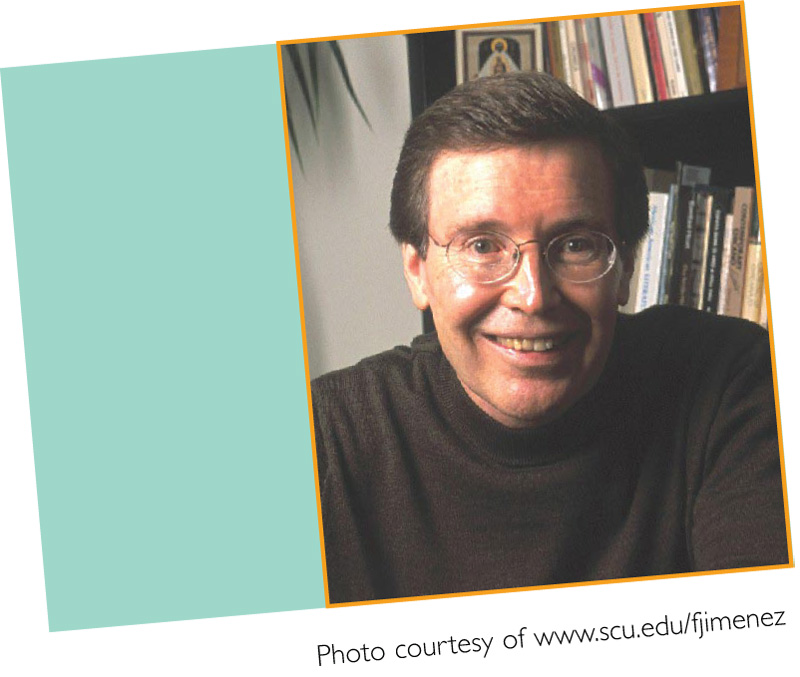